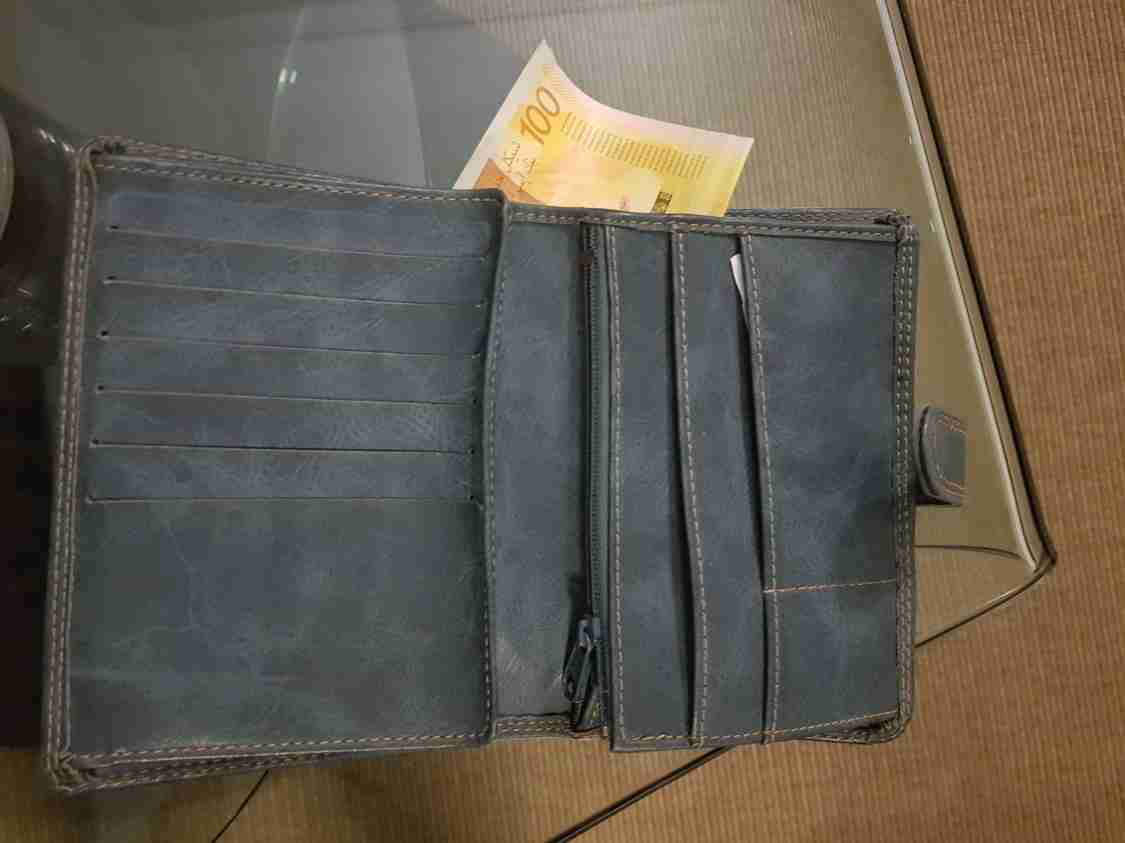 You must have heard that Israel is an expensive country. That is true. So, one of the most important things you need to understand before coming to Israel is the value of the different banknotes and coins of Israel. Let’s begin with the basics of money in Israel:

Basically, one Israeli Shekel equals about 0.30 dollars or 0.25 euros. To see the exact exchange rates, check out this site and convert shekels to your local currency.

And now, let’s get to know each Israeli banknote and coin:

On the front of the note, you will find Nathan Alterman’s face. Alterman (1910 – 1970) was one of Israel’s greatest poets, who produced many significant modern Hebrew poems. In 1968, Alterman won the Israeli Literature Prize for his great poetry pieces.

On the back of the note is a line from one of Alterman’s poets, “Morning Song”: “We love you, homeland, with happiness, song and hard work.” The leaves on both sides of the note are also not there by mistake. The designers of the note thought of another of Alterman’s poems, “Endless Meeting”, when they added the flora. To be honest, I read the poem and didn’t understand where they found the flora in it, but everyone interprets a poem differently.

And now I want to introduce you to the old 200 Shekel note (the red one), which you might still stumble upon. It is still accepted widely in Israel:

On the front of the note, you will find Zalman Shazar’s face. Shazar was Israel’s third President between 1963-1973. Shazar was one of the Zionists leaders and also a great poet, author, and historian.

On the back of the note, you can see an illustration of a street in Zefat and a part from Shazar’s diary, describing his visit to Zefat.

What can you buy with 200 Shekels? A night in a cheap hostel + lunch and dinner in a cheap restaurant + transportation inside the city

On the front of the note, you will find the face of Leah Goldberg. Goldberg (1911-1970) was one of the greatest Hebrew poets, an author, and a professor of literary theory. Many Israeli children have been raised with her stories, such as the famous children’s book, “A Flat to Rent”. In 1970,  Goldberg received the Israel Prize for Literature. In the background, there are the blossoming flowers of an almond tree, which are part of Goldberg’s poem, “In the Land of my Love, the Almond is Blooming” (in Hebrew: בארץ אהבתי השקד פורח).

On the back of the note, you will be able to see a group of does, connected to Goldberg’s famous poem book, “What Do the Does Do?” (in Hebrew: מה עושות האיילות).  There is also a quote from one of her poems, saying: “Long, white nights, like the sun rays in the Summer”.

The old 100 Shekel note (the brown one) was replaced in November 2017. On the front side of the old note, there is Yitzhak Ben-Zvi’s face. Ben-Zvi (1884-1963) was the second and longest-serving President of Israel. He was chosen three times as President. He also made many pieces of research in the field of Jewish studies.

What can you buy with 100 Shekels? A night in a cheap hostel or a lunch and dinner in a mid-range restaurant.

On the front of the note, you will find Shaul Tchernichovsky’s face. Tchernichovsky (1875-1943) was one of the greatest Hebrew poets, influenced greatly by Ancient Greek culture. Next to his face, on the front, is an illustration of the citrus tree and its fruit, which represents Tchernichovsky’s poem, “Oh, my land! My homeland!” in which there is a reference to citrus.

On the back of the note, you can see an illustration of a corinthian Greek column, meant to denote Tchernichovsky’s work in translating Ancient Greek literature. On the top appears a line from Tchernichovsky’s poem, “I believe”: “Because I shall still believe in the man, in his spirit, strong spirit.”

The old 50 Shekel note (the purple one) has Shmuel Yosef Agnon’s face illustrated on it. Agnon (1887-1970) is usually called Shai Agnon in Israel because we don’t like long names. Agnon was one of the most beloved authors in modern Israel.

What can you buy with 50 Shekels? A nice lunch in a mid-range restaurant or a ticket to the Israel Museum.

On the front of the note, you will see the face of Rachel the Poetess, whose full name was Rachel Bluwstein Sela. Rachel was one of the most beloved Israeli poets, who immigrated in 1909 to the Land of Israel-Palestine. She had lived near the Sea of Galilee (Kinneret) and worked in a women’s agricultural school before leaving to study agriculture abroad. When she came back, she was deadly sick and had to move to Tel Aviv, where she lived in isolation from the people. But, she had always dreamt of the beautiful Sea of Galilee. Next to her face, you can see the leaves of a palm tree. Palm trees can be found near the Kinneret.

On the back of the note, you can see a typical landscape of the Sea of Galilee’s surroundings as well as a line from one of her poems, saying: “Oh, my Kinneret, Did you exist, or did I dream a dream?”

The old 20 Shekel note (the green one) has Moshe Sharett’s face illustrated on it. Sharett (1894-1965) was the second Prime Minister and the first Foreign Minister of Israel.

On the back of the note, you can see an illustration of Jewish volunteers during the Second World War and of a watch-tower, which represents the “Wall and Tower” method of settlement. The Zionist settlers used this method during the Arab Revolt (1936-1939). In those days, there was a Turkish Ottoman law stating that a building with a roof on it, which has a wall and watch-tower around it, cannot be destroyed. The settlers got all the construction materials ready beforehand and built the settlements quickly, within a night. That’s how they expanded the Zionist Jewish settlements in Israel.

What can you buy with 20 Shekels? Three rides in public transportation inside the city or two falafel meals in a cheap falafel shop.

The 10 Shekel coin is my favorite. Its frame is made from nickel and its center from golden bronze. On its back, there is a palm tree with seven leaves and two baskets on each side. The Emblem of Israel is also seen on the frame of the coin. The writing on the frame says: “For the redemption of Zion” in nowadays Hebrew and in ancient Hebrew (the upper writing).

What can you buy with 10 Shekels? One ride in public transportation inside the city or a falafel meal in a cheap falafel shop.

What can you buy with 5 Shekels? A snack bar.

The 2 Shekel coin is made from steel and covered nickel. It was issued only in 2007 and can make life much easier when you need to pay 10 Shekels and only have 1 and 2 Shekels (you can use five of the 2 Shekels instead of counting out 10 single Shekels).

On its back are two cornucopias, tied with ribbons and holding instead them different fruits. Between the two cornucopias, you can see a pomegranate. This coin’s design was influenced by the coins which were issued by John Hyrcanus, one of the Maccabean leaders during the 2nd century BCE. The Emblem of Israel also appears on the coin, of course.

The truth is that you can barely buy anything with this coin alone. Maybe four bubble gums.

This coin is very handy for using public toilets that charge 1 shekel to enter.

This coin can make a shop clerk very happy, because they give it out a lot.

This coin can also make a shop clerk very happy, because they give it out a lot.

*All pictures of money notes and coins taken from Wikipedia.

Is Your Money Real or Fake?

I haven’t experienced getting fake money in Israel, but anything can happen, so if you want to make sure that the money people gave you isn’t fake, here are some things you can look for on the money note:

When you look at the money note in a plain way, you won’t see it. But if you raise the note towards the sun or some light, you can see a portrait at the left side of the note, which is almost identical to the main portrait on the note.

The pierced value of the note:

Again, you need to raise the money note to some source of light and check if there’s the value of the note (20, 50, 100, 200) pierced in very small holes at the top-center of the note.

At the top side of the note, both on the back and the front, there are some strange lines and a dot at the top. If you raise it to some source of light, you can see that more lines are appearing and creating a perfect “menorah” with the existing lines.

To the right of the portrait, you’ll see a shiny transparent line crossing the note from top to bottom. If you’ll move the note around, you’ll be able to see menorahs and the value of the note.

If you tilt the note back and forth, you should be able to see that the golden book at the top is changing from gold to green and back. You should also be able to see a horizontal line moving up and down as you’ll do it.

And more practical things to do with the money in Israel: expect to pay about 100 ILS for a hostel bed in a dorm, about 6 ILS for one way public transportation inside a city, up to 50-70 ILS for a taxi ride inside the city (and I’m exaggerating), and about 20-50 ILS for a meal. For the full list of expenses, check out Israel: All You Need to Know Before You Go.

Top Things to Do in Old Jaffa, Tel Aviv

Travel to Israel: All You Need to Know

Jellyfish in Tel Aviv: When and How to...

11 Steps to Planning Your Budget Trip to...

3 to 5 Days in Eilat: Travel Ideas

Suggestion: enter a paragraph warning from scam using the old Shekel, Israelis will know it in an instant but tourists might think that a 10,000 bank note is real. Well it is real, but 1000 times cheaper than real 10,000 NIS…
https://en.wikipedia.org/wiki/Old_Israeli_shekel

Great suggestion. I will add about how to recognize scam. Thanks Moti ?