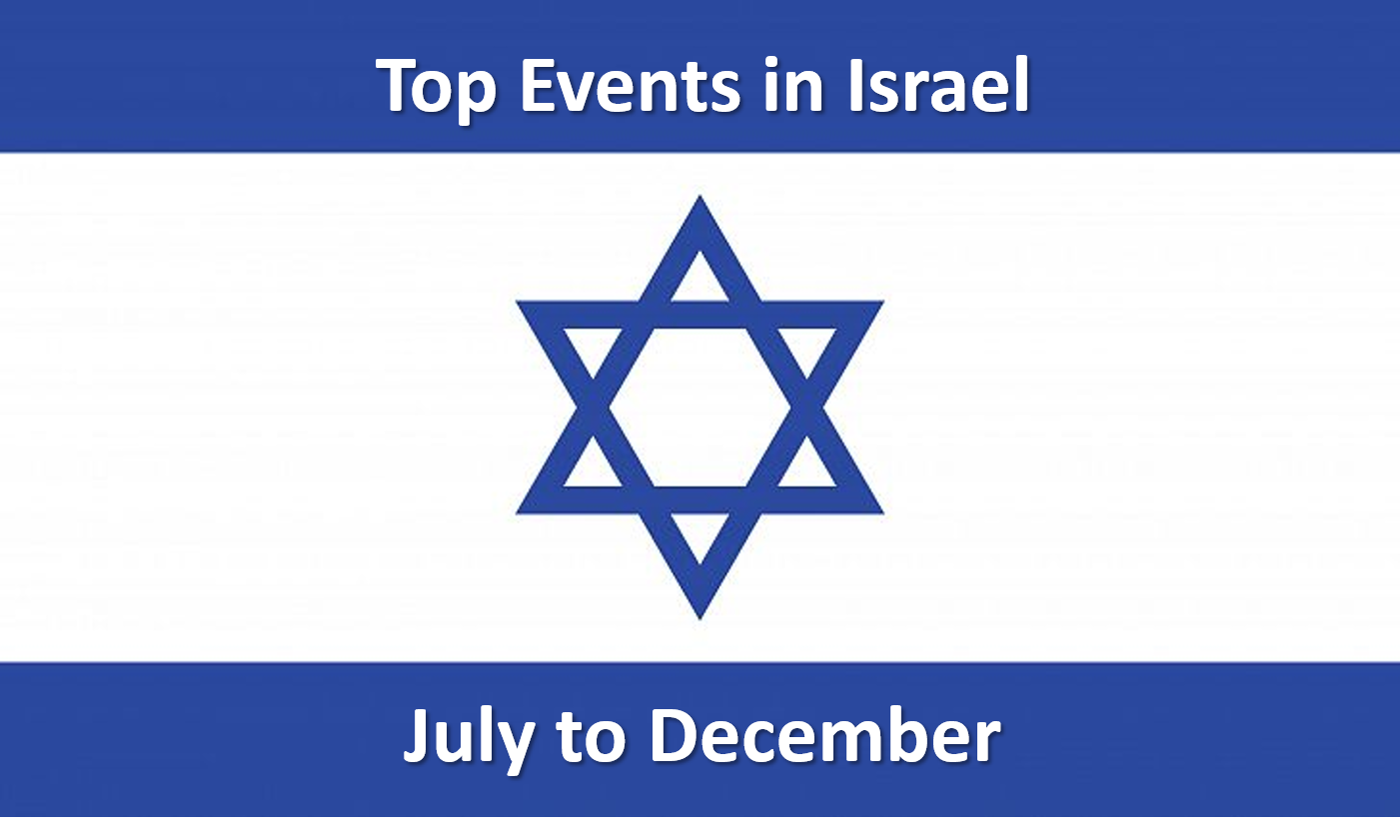 And do read – Holidays in Israel and How to Spend Them During Travel.

Jerusalem Light Festival: In this fabulous festival the alleyways of the Old City of Jerusalem will be lit with fantastic light shows. It is a great opportunity to take a walk in the Old City after dark, when the temperatures are also much nicer. The festival is free of charge.

Jerusalem Film Festival: If you want to get familiar with some Israeli films, you might find this film festival interesting. You need to get tickets in advance. You can check about the tickets through this email: contact@jer-cin.org.il.

Where? In Cinematheque Jerusalem, 11 Hebron Road.

Safed Klezmer Festival: Come enjoy the Klezmer performances that take place in the alleyways and lanes of the Old Jewish Quarter and the Artists Quarter of Safed. There are three nights of performances, which begin approximately 9 PM and continue until after midnight. All performances are free.

Akko Zimriya – International Choir Festival: If you happen to be in Akko at the end of August and want to take part in a magical musical event, try getting tickets to this international choir festival, which takes place in the ancient buildings of the Hospitaller Fortress of Old Akko, a UNESCO Heritage Site.

Where? The Hospitaller Fortress in Old Akko.

The National Arts and Crafts Festival: One of the greatest cultural events in Israel takes place in Jerusalem every summer. The festival includes arts and crafts stands, activities and live performances during the night. To watch one of the live performances, you need to purchase tickets online. To enter the fair, you can purchase tickets at the festival’s ticket booths.

Opera in the Park Tel Aviv: The Tel Aviv-Jaffa Municipality and the Israeli Opera joined together to make this FREE event. An opera performance is shown in on of Tel Aviv’s public parks, Ganei Yehoshua Park.

Jerusalem Beer Festival: If you love beer, you might want to come and enjoy the many types of beer exhibited in this festival.

When? Dates for this year not available yet.

Mekudeshet Multidisciplinary Arts Festival: A 3-week unique festival based in Jerusalem, that focuses on the challenges and people of Jerusalem. Most events cost between 120 to 180 ILS, but seem very interesting and worth the price!

Where? In the Sea of Galilee.

When? Dates for this year not available yet.

Haifa International Film Festival: One of the top festivals in Israel for film lovers and media professionals. During this week of festival, dozens of new films from different categories are screened. It is required to get tickets in advance.

Tamar Music Festival: A beautiful music celebration in the backdrop of the majestic Judean Desert. The festival includes special sunrise concerts at Masada and free concerts at Kibbutz Ein Gedi and Sdom Square.

Where? In Masada and the area.

Jerusalem March: The Jerusalem March, also called the Feast of Tabernacles, is an annual event of solidarity with Israel, which includes marching through the streets of Jerusalem together with many supporters from around the world. The march begins at 2PM from Sacher Park.

Cycle Tel Aviv: This cycling event, which is the biggest of its kind in Israel, includes four different cycling routes to choose from around Tel Aviv. October is usually a perfect time for cycling thanks to the great weather, so if you like to cycle, check it out. It will cost you around 70-90 ILS to register.

Where? In Tel Aviv.

IndNegev Music Festival: This is a huge three-day live music event, which includes over 100 live shows and camping in the Israeli desert. It’s called IndNegev because there are a lot of Indie bands, but there are also many other genres.

Where? Mitzpe Gvulot in the Negev.

Tel Aviv Night Run: Come participate in one of the biggest sports events in Tel Aviv, the city that never sleeps. Or if you don’t like to run, you can always come and cheer the thousands of runners.  There is a registration fee for runners.

Where? In Tel Aviv.

Open Restaurants in Jerusalem: A wonderful festival for culinary lovers! During the Open Restaurants events, you will be able to take part in many special workshops in some of Jerusalem’s finest restaurants, as well as many other activities which will connect you with the Israeli cuisine. Make sure to check that the activity is also in English before signing up, as many of the activities are in Hebrew.

Eilat Desert Marathon: An amazing sports event, this marathon begins in the desert and ends at the shore of the Red Sea in Eilat. This is the only marathon event in Israel that combines desert views with sea views. If you want to experience a marathon like no other, register and join the fun.

Where? In the Negev Desert around Eilat.

Hula Valley Bird Festival: Every year, thousands of birds migrate through Israel to Africa or to Europe and Asia. On this week long event you can experience Israel’s fall migration in the Hula Valley, one of the most important places on the route of the migrating birds. The festival offers excellent packages for a week long birding program, but even if you aren’t planning to spend the whole week in the valley, you should definately come here to see the wonderful migration during this time of year.

When? Dates for this year are not set yet. It usually takes place on the last week of November.

Haifa “Holiday of the Holidays”: This unique event takes place in the northern city of Haifa, which is known for its great religious and cultural diversity. During the festival, the Jewish, Christian and Muslim residents of Haifa celebrate together Channukah, Christmas and the Ramadan. Channukah and Christmas are celebrated in December and the Ramadan sometimes falls on December as well. The festival includes interesting exhibitions, shows, tours and conferences.

Where? In downtown Haifa.

Have a festive time in Israel!

And be in touch if you’re looking for a tour guide in Israel.

Jellyfish in Tel Aviv: When and How to Deal With Them