Home » The Story Around Temple Mount
Free things to doJerusalem

The Story Around Temple Mount 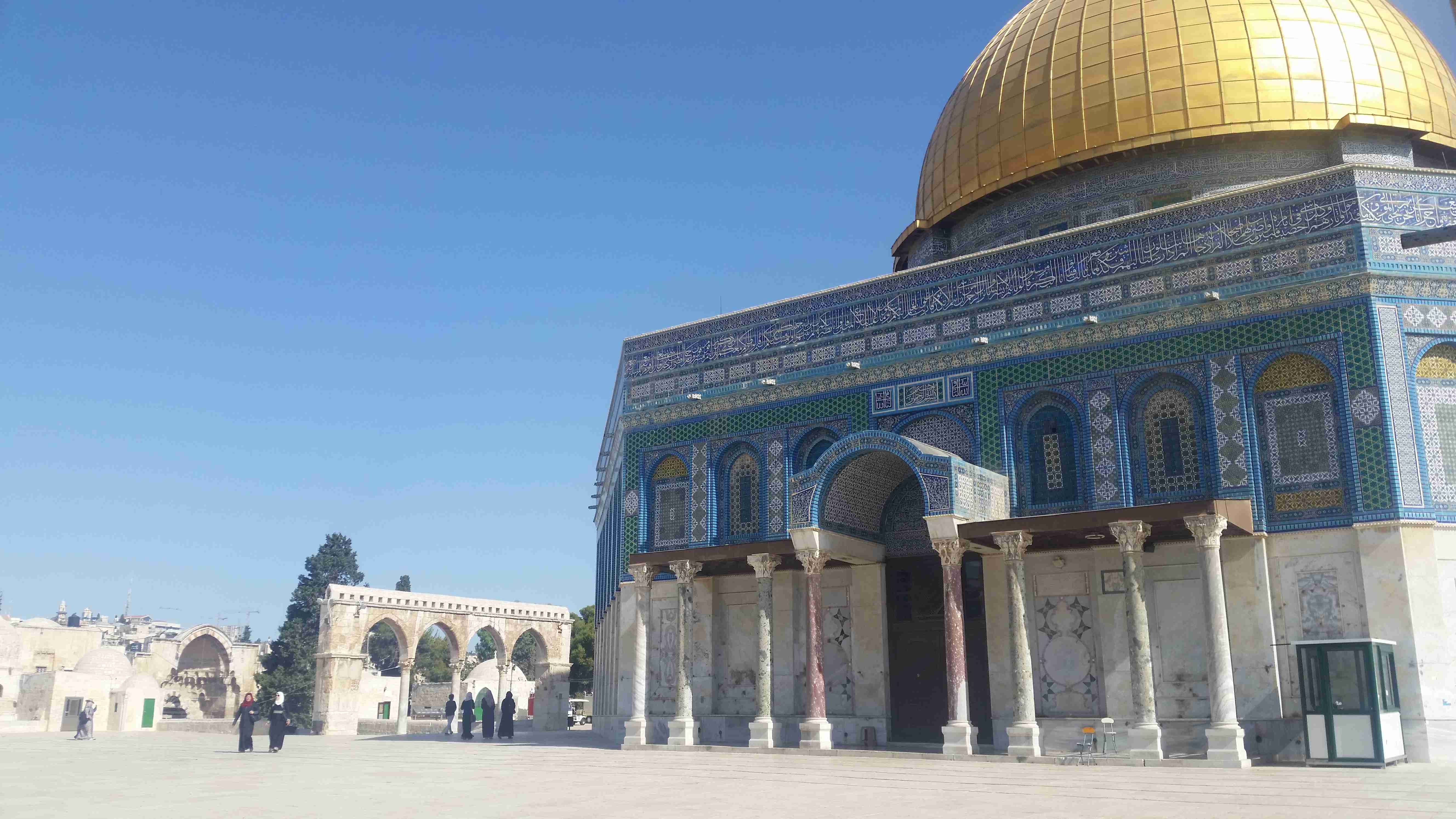 So, what’s the story?

I want to begin with an event that happened a few years ago, in 2017. Three Arab-Israeli terrorists arrived at Temple Mount in Jerusalem on a Friday morning. They shot dead two Israeli border guards, who guarded one of the entrances. The three terrorists were shot dead a while later, while they were trying to kill more policemen. Then, the Israeli government decided to shut the entrance to Temple Mount. This was meant to give the guards time to search for potential weapons on the mount.

The magnetometers as a symbol of sovereignty:

The search on Temple Mount revealed many weapons. So, Israel decided to put magnetometers at all the entrances to the site. This way, the guards could make sure nobody enters weapons into the holy place. Until then, the only magnetometer was at the entrance intended for Jews and tourists, the Mugrabim Gate. The Muslims, who were already unhappy because they couldn’t enter the mosque for about two and a half days. So, they refused to pass through the magnetometers and demanded the government to remove them. The Muslim leaders said that whoever passes through the magnetometers, their prayers won’t be heard by Allah.

It seems that the issue wasn’t the fact that the Muslims had to pass through the magnetometers. It was that Israel put sovereignty symbols (the magnetometers) on Temple Mount. There is no law against it, but it is important to the Muslims to show that they have full control of the site. After a few days of clashes between Muslims and Israeli forces, the Israeli government removed the magnetometers.

This case is only one example of clashes around Temple Mount. If you’ll look back in the history books, you’ll see that it wasn’t the first case. It will probably not be the last.

Some interesting facts about Temple Mount in Jerusalem:

Who can enter through the gates?

Ten gates are lead into Temple Mount in Jerusalem. The Israeli border guards stand at the gates to prevent trouble-makers from entering. They are also there to make sure Jews and tourists don’t enter the site without passing through security. Muslims can enter Temple Mount through all the gates and are not asked to pass security. The only gate open for Jews and tourists is the Mugrabim Gate, the wooden bridge next to the Western Wall.

The Temple Mount is holy to all religions.

The Jews believe the world started from the Foundation Stone (in Hebrew, “Heven Ah-Shtiah”). Today, the Dome of the Rock stands above it. They also believe that the two Holy Temples were built on this piece of land, called Mount Moriah. That is why it’s called Temple Mount today.

The Muslims believe Muhammad ascended to the sky from the Foundation Stone. Up in the heavens, he negotiated with an angel and came back with the five Islamic prayers.

The Christians believe Jesus visited the Jewish Temple, which existed on the mount. In his prophecy, he foresaw the destruction of the temple.

Not all Jews visit Temple Mount.

Jewish people believe that The Temple Mount is a holy place, but not all of them believe they Jewish people believe that Temple Mount is a holy place, but not all believe they can go up there and visit the place. The Jewish religious law deals with many questions about Temple Mount. Amongst those questions, they ask – is the place still holy now that there is no temple there? Nowadays, the Jewish religious law states that all people are impure in the impurity of the dead. When the temple existed, those people had to purify themselves with the ashes of a red cow before entering the temple. But today, there’s no red cow. So, can people enter Temple Mount, even though they are “impure”? Some Rabbis permit, while others don’t.

The only symbols allowed are Muslim.

Jewish people that do visit Temple Mount with Jewish symbols on them are accompanied by Israeli boarder guards during their whole visit, so that they won’t do anything too provocative that might start a conflict.

The Western Wall was once one of the retaining walls of the huge plaza that was built on Temple Mount during the time of the Second Temple.

The Dome of the Rock was built on Temple Mount in the late 7th century.

During the Six Day War, on July 7,  1967 Temple Mount was conquered from the Jordan legion by Israeli forces without a fight. The Israeli forces entered The Temple Mount from the Shvatim Gate and made their way down to the Western Wall, where they burst into tears of excitement. It was a very emotional moment. A while afterwards, after the war had finished and after ongoing pressure, the Israeli government passed the control on Temple Mount to the Islamic Waqf, which is in charge of the holy site to this day.

Until the end of the 20th century, there was no Muslim who doubted that the Jewish Temple was built on Temple Mount. Only after the Israeli-Palestinian conflict got stronger did the Muslim leaders claim that there was no Jewish Temple. As the conflict got deeper, the access to the Muslim religious buildings on Temple House was blocked to Jews and tourists that are not Muslims. Until the end of the 20th century, the religious buildings were open to everyone.

In 2000, the Waqf dug in the Southern area of Temple Mount and reviled an ancient building that was maybe built during the time of the Second Temple (Solomon’s Stables). During the dig, thousands of tons of earth were thrown to dumps around Jerusalem. The problem – in the earth were archeological findings from the time of the Second Temple, which were displaced in an irresponsible way by the Waqf. Without those findings, it is very hard to prove that the Jewish Temple existed on Temple Mount. Following this irresponsible dig, a new project started – The Temple Mount Sifting Project. Unfortunately, it seems that the project is having problems with funding lately.

How Can You Visit?

If no security incidents happen during your visit, there’s no reason you won’t be able to visit Temple Mount. The entrance is free, but you should be aware of some important things:

Hope you have a great and interesting visit!

Want to do more in Jerusalem?

Read my full travel guide to Jerusalem for the budget-conscious traveler.

[…] to pass through tight security checks). For more info about Temple Mount, visit my post – The Story Around Temple Mount. There are many other interesting buldings within the Old City Walls, so take your time to explore […]

[…] Local Tip #2: If you arrive at the Western Wall between 7:00-10:30AM or 12:30-1:30PM in the winter, 7:30-11:00AM or 1:30-2:30PM in the summer, you might have an opportunity to enter the Temple Mount complex. Today the Dome of the Rock and Al Aqsa Mosque stand there, but if you are non-Muslim, you cannot enter those buildings and can only see them from the outside. The entrance to Temple Mount for non-Muslims is at the Mugrabim Gate, where the wooden bridge is. If you would like to visit Temple Mount, please read the guidelines in Backpack Israel’s post – The Story Around Temple Mount. […]