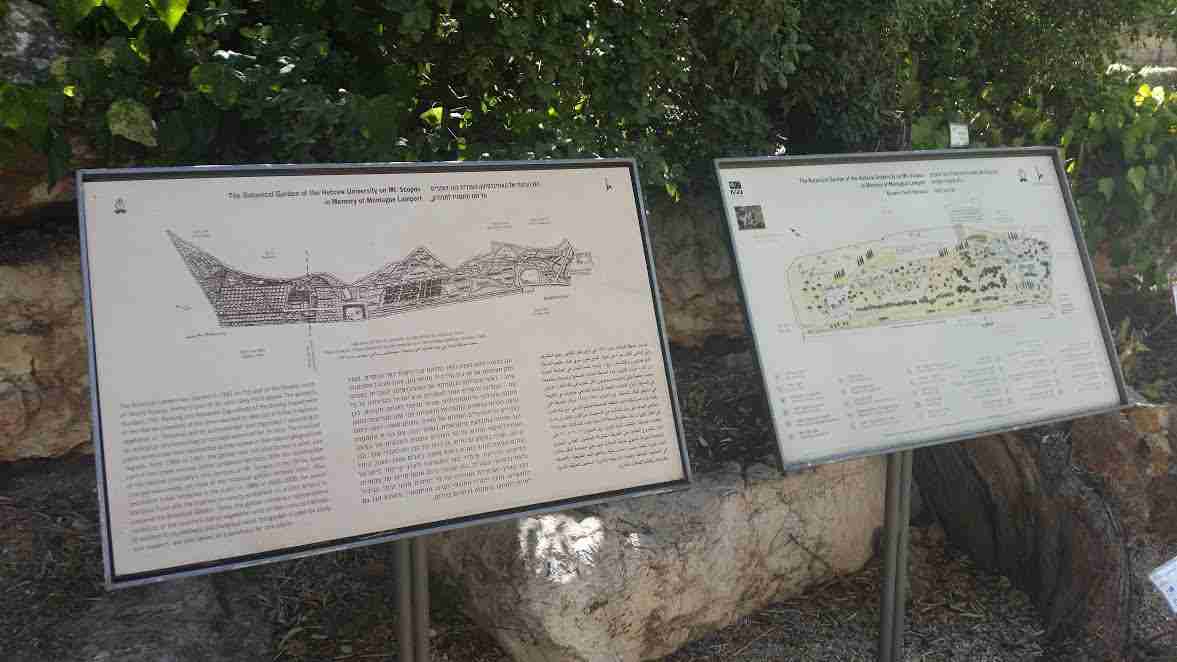 Hey all! Today I decided to explore my nearby surroundings. I might not live in the city center, but that doesn’t mean there’s nothing to see here. So I called a friend and suggested we go visit the nearby Mount Scopus Campus of the Hebrew University. It’s just a 15 minutes’ walk from my home in the French Hill. “Someone told me there’s a botanical garden or something like that there,” I explained to my friend, who didn’t understand why I want to visit the University before the student year begins.

So I made my way on foot to the University. My friend, who lives on the other side of the city, made his way by bus. It was a really nice walk. Mount Scopus (“Har Hatzofim” in Hebrew) is a very peaceful area. I passed by a huge cemetery, called the Jerusalem British War Cemetery, and the gate to Hadassah Har Hatzofim, one of the greatest hospitals in Israel, which sits right next to the cemetery. Then I passed by an Aroma branch and at the end of the road, got to the main gate of the University.

At the gate I was asked for an ID and after passing the security check, I was in. My friend, it turned out, got inside the University via the bus and ended up at the other end of the campus. I entered the Botanical Garden via a set of stone stairs, at the left side of the gate, but when he told me that he wasn’t there, I exited and tried entering the garden from another entrance.

The second entrance was a beautiful one. It was an underground passage, with water flowing on both sides, leading to a circular plaza of ferns. It was “The Fern Plaza”. Luckily, at the entrance was a numbered map of the garden, so my friend and I decided to meet at area number 7. 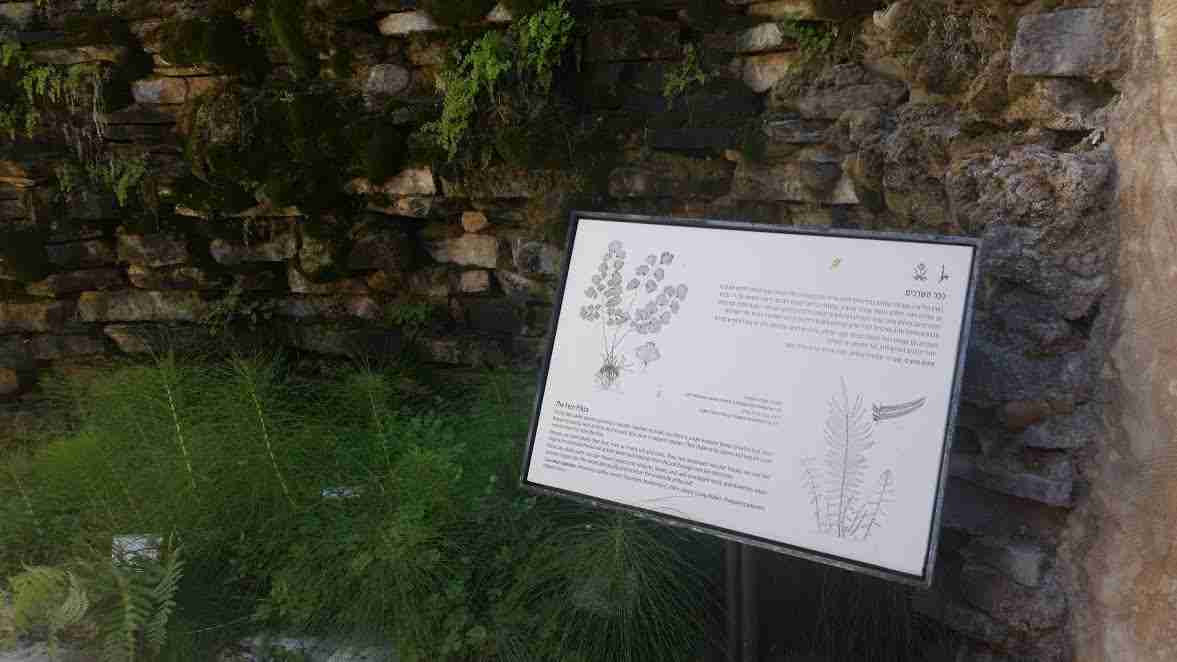 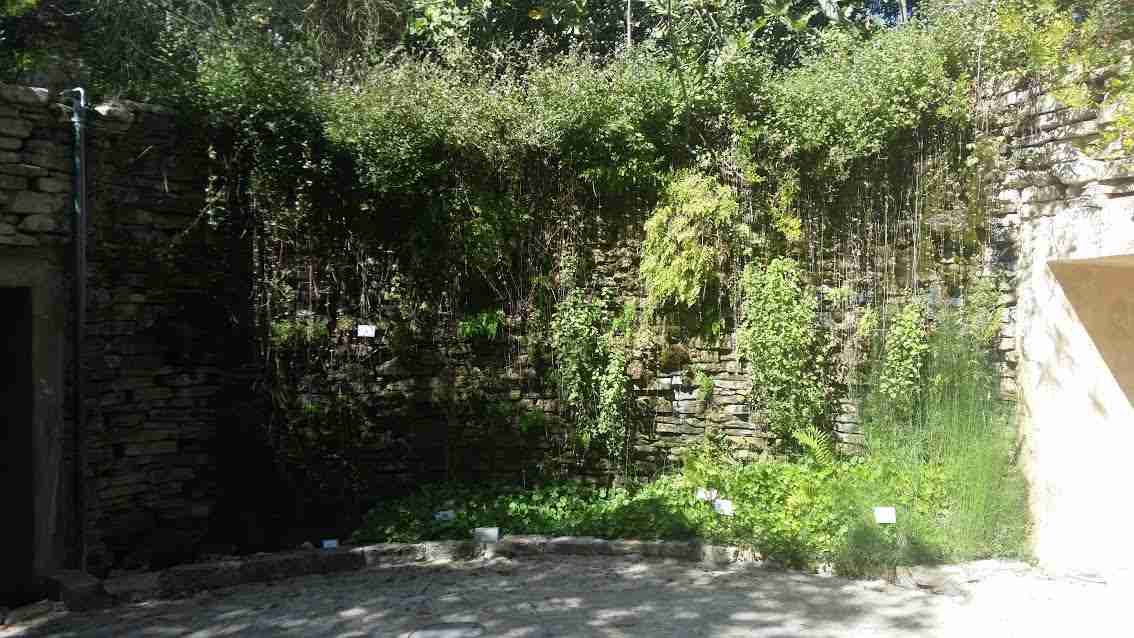 I started making my way to area number 7, or more precise, I started wandering around, hoping that we’ll stumble upon each other. I stopped to read the signs (which are also written in English) and found many interesting pieces of information about the plants, the garden and so on. The truth is that I wasn’t really impressed from the plants. The ferns were the most interesting plants in the garden, in my opinion. But maybe it’s not the season. Maybe after the rain the plants will look more… alive.

The Botanical Garden of Mount Scopus Campus is a free-entry garden, planted in 1931 around the site of the Nicanor tomb. The garden, which was designed by Professor Alexander Eig, focuses on the local flora of Israel and its neighbors. It’s a great place to learn about the local flora, if you’re interested in botanics. It’s also a great place for relaxing. There are many shaded sitting spots and it feels like you’re sitting in a small forest.

And back to my story – my friend and I eventually didn’t find each other at area number 7. We found each other much sooner, at area A, the Nicanor Tomb. This was the most impressive part of the garden, in my opinion. You can enter the different tomb areas and read about the place. The burial complex is called “Nicanor” because of one of the ossuaries found here. Unlike other ossuaries, this one had an inscription on it, bearing the name of Nicanor. The burial complex was discovered in 1902 and identified as Jewish burial caves from the Second Temple period. 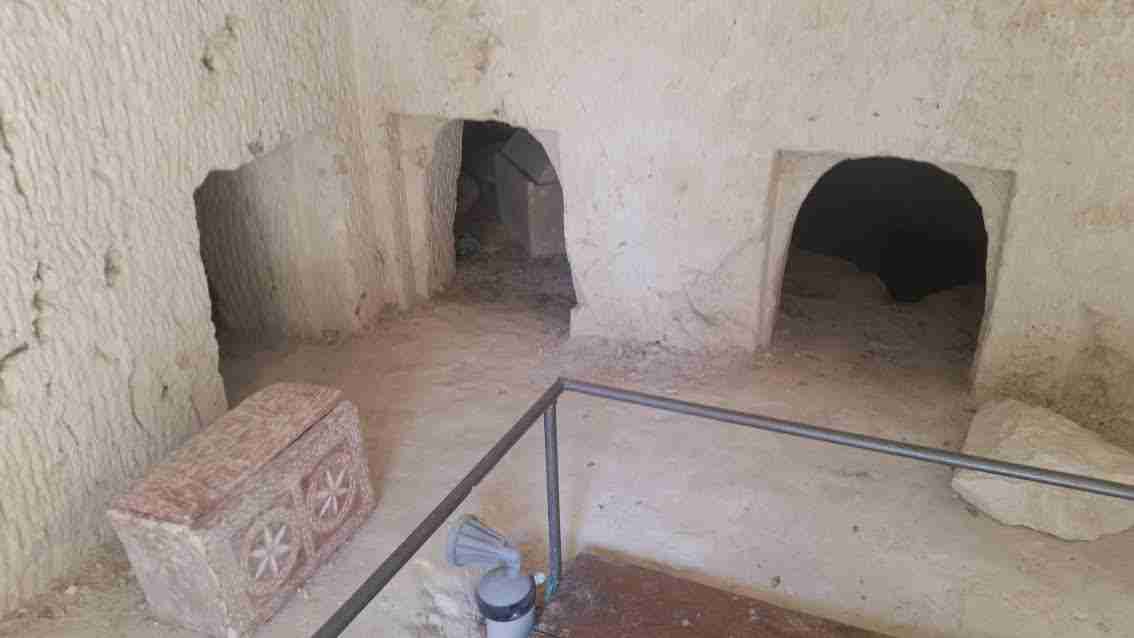 Some of the burial caves at Nicanor Tomb

So do I recommend? If you’re in the area, then why not. It’s free and it’s nice. I recommend it especially for people interested in the botanics of Israel and those who appreciate quietness. If you’re not in the area or don’t have much time, you can pass.

How long should you visit? Half an hour to an hour and a half should be enough.

Remember that you need an ID to enter.

For more info – check out the official site of The Mount Scopus Botanical Garden.

Read more about what I learned about Jerusalem – here.

For more info about Israel, visit my website – www.backpackisrael.com

[…] If you’re into botanics and want to get to know the Israeli foliage better, you might want to visit the botanical gardens of Mount Scopus. ?It is located inside the Hebrew University, so you will need to show an ID when entering, but the entrance is free of charge. Then you can wander around the beautiful, peaceful grounds of the gardens and read about the different plants common in Israel. There are also amny benches throughout the gardens, making it a perfect place to sit down and relax. For more info, visit my blog post – The Botanical University. […]