Mount Carbolet: A Beautiful Segment of the Israel National Trail 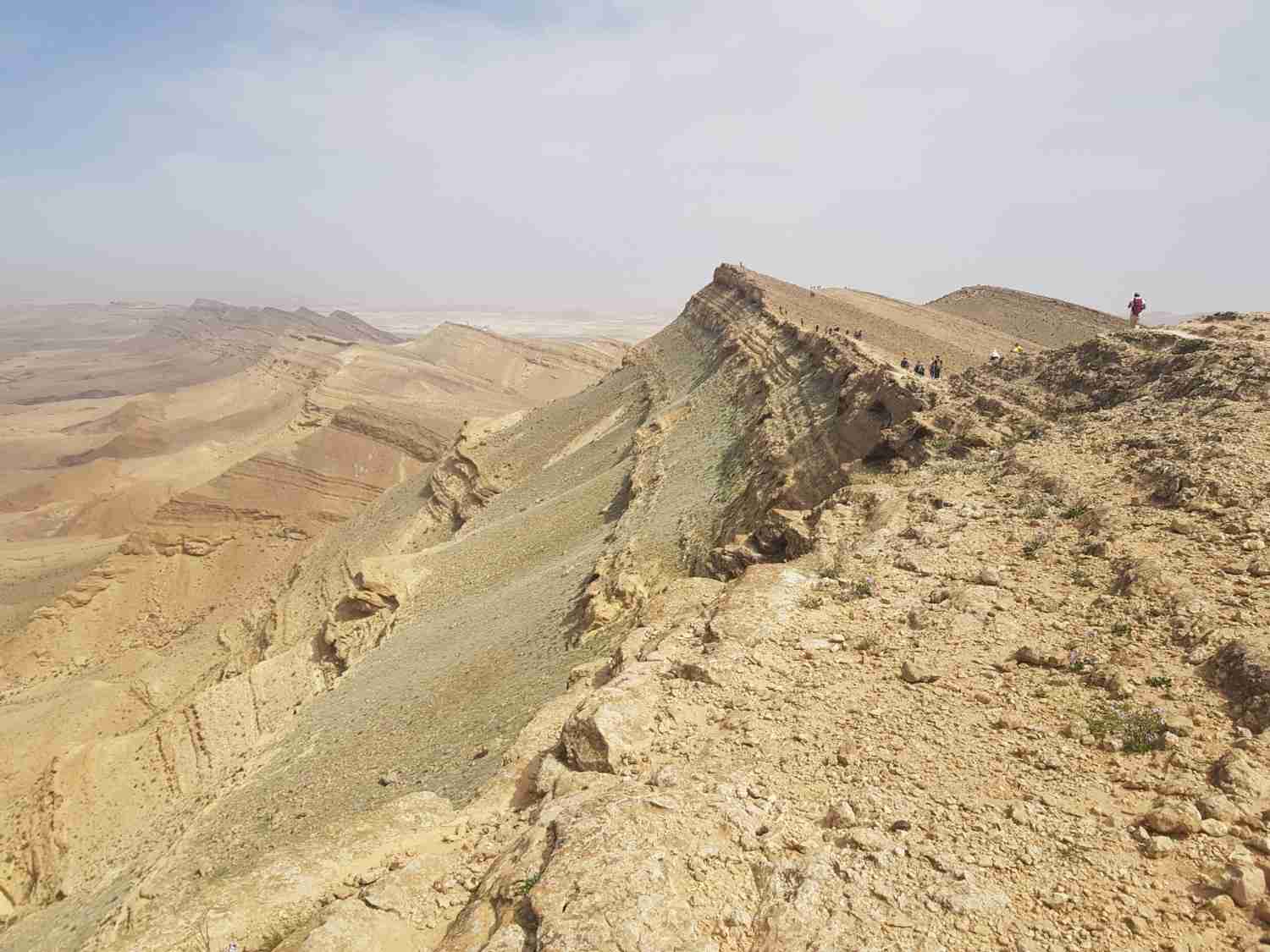 About a month before the Coronavirus came, I began hiking Israel from south to north with an amazing program called “Encounters on the Israel Trail”. This group was established by two bereaved parents, Raya and Yossi Ofner, who wanted to create something in honor of their son, Staff Sergant Avi Ofner, who was killed in the tragic 1997 helicopter crash alongside 72 of his friends. The 73 soldiers were on their way to the security zone in southern Lebanon when the two helicopters which carried them collided in mid-air. This program of hiking together from southern to northern Israel is meant to connect all parts of the country and create interesting encounters between the different people of Israel through deep discussions that take place along the trail (in Hebrew). The hike doesn’t follow the Israel National Trail completely, but nevertheless it takes you through amazing landscapes.

In Hebrew, “Carbolet” means “comb”. The mountain is called “Carbolet” because it looks like a rooster’s comb, with sharp “horns” coming out here and there. Look at a rooster’s comb and you’ll understand what I mean. The Carbolet is located at the edge of HaMakhtesh HaGadol, so there are some beautiful views of the Makhtesh as well. There are some who say that the Mount Carbolet Trail is the toughest along the Israel National Trail. I, personally, loved it. If you love climbing walls of stones that look like they’re almost completely vertical, then this is a wonderful trail for you. Get ready to use your hands a lot – and your legs, of course!

We started the trail from Nahal Mador Camping Site, which is accessible only by foot – if you’re hiking the Israel National Trail – or by jeep. I recommend hiking along the Israel National Trail, of course, but if you don’t have time to hike too much, you can start the hike from Mitzpe Ramon, which is accessible by public transportation. It will take you about 3 days to arrive at Nahal Mador Camping Site. From there, you will need to continue for about 5 more days until you reach the next town, Arad. There are some roads along the way, where you might be able to hitchhike, but don’t count on it.

So, we started the hike from Nahal Mador Camping Site (1) and hiked on a kind of “jeep road”, on a field full of rough, black stones. All along the way, in front of us, we saw the magnificent Mador Hill. This hill is a remnant of the Avdat Plateau in the Nahal Zin Valley.

The trail continues for about another kilometer until it reaches the most challenging part – the point where you start climbing up Nahal Afran (3). Nahal Afran is one of the steepest wadis in Israel, coming down from the top of Mount Carbolet to the bottom of the Nahal zin Valley. If you happen to come a few days after a major rainfall, you might get to see some beautiful waterholes before they dry up again. We were lucky to arrive at this trail about a week after there were flash floods in the area, so there were plenty of waterholes everywhere! The climb up is very steep, so you’ll need to use a lot of your hands and stick to the stones. There was also a point where we had to cross through one of the waterholes. Right after that crossing came a climb that was even more steep, but at this point there were bars stuck in the rocks, which you can hold on to while you push yourselves upwards.

The climb continues through sharp stones and giant boulders until it finally gets a bit milder. We began passing through some foliage and continued climbing on quite an easy part of the red-marked trail until we reached the point where we had to start climbing down to a small valley (4). And after the descend – came another ascend which was quite steep! The rocks were very slanted, so you can’t really place your feet in a normal manner.

At the top of the ascend came a beautiful view of HaMakhtesh HaGadol (“the Large Makhtesh”), which was recently renamed to Makhtesh Yeruham after the nearest town, Yeruham. Makhtesh is a geological landform typical of the Negev Desert and the Sinai Peninsula. The Makhtesh is a kind of crater, but it wasn’t created by a giant meteor that hit the ground. It was created by erosion. HaMakhtesh HaGadol is the second largest makhtesh in the world after Makhtesh Ramon.

From this point (5), we continued on the red-marked trail along the ridge of Mount Carbolet. All along the way, to our left, we saw the amazing colors and shapes of the Large Makhtesh. The hike along the top of the mountain involves a couple of mild climbs and some parts involve walking on a very slanted surface. Since we came just about a week after the rain, many parts of the area were green and blossoming. “This view is very rare,” said some of the more experienced folks, who have already hiked this trail in the past.

We continued on the red-marked trail until we reached the point where we had to start climbing down along a blue-marked trail (6). It’s a rather steep descent, but if you climb it down slowly-slowly you’ll soon be safe and sound in the wadi below. There’s a small ascend afterward and then another descend. You’ll reach a huge electricity pole in the middle of nowhere, so you’ll know you are on the right track. From the electricity pole, we continued eastward in the wadi (7), which was full of foliage, so it was hard to find the Israel National Trail markings. The trail leaves the blue-marked trail and continues only on the Israel National Trail. There are some more small descents and slanted areas in the wadi, but after about 3 km you’ll get out of the wadi and start walking on the rough and rocky ground toward the Oron Factory. The Oron Factory is a phosphate enrichment plant, where they enrich the phosphates which are mined from nearby fields.

If you continue on the Israel National Trail, you’ll eventually reach a short underground tunnel, which crosses below the railway track (8). A nice camping site with drinking water is located near the gate of the Oron Factory (9). You’ll need to get off the trail and walk about one km to reach it.

The hike up Nahal Afran and the Carbolet is one of the most beautiful hikes I’ve done lately. The fact that we hiked it a short while after the rain granted us a bonus – the waterholes were full! If you like climbing and challenging trails – this one is truly rewarding.

How much time does the trail take? About 10-12 hours, depending on your pace.

Difficulty: Challenging. Make sure you’re fit for this trail before attempting it. The trail involves many steep ascents and descents, some of which require you to use your hands in order to accomplish them. There are also many parts of the trail which are slanted, what makes it more difficult to hike on.

It is about a 20 km trail that begins at Nahal Mador Camping Site and ends at Oron Factory. If you choose to hike the other way around, make sure to leave very early in the morning so that you won’t end up getting to Nahal Afran when it is dark. Very dangerous to hike this trail when it’s dark!

When is the best time to hike? Spring (March to May) or Autumn (October to December).

I wish you a great hike to the top of Mount Carbolet!

Hiking the Israel National Trail: From Dan to Kfar Giladi

[…] Mount Carbolet: A Beautiful Segment of the Israel National Trail […]

[…] Mount Carbolet: A Beautiful Segment of the Israel National Trail […]