Home » Hiking to the top of Mount Sodom: A Mountain of Salt
Dead SeaHiking in Israel

Hiking to the top of Mount Sodom: A Mountain of Salt 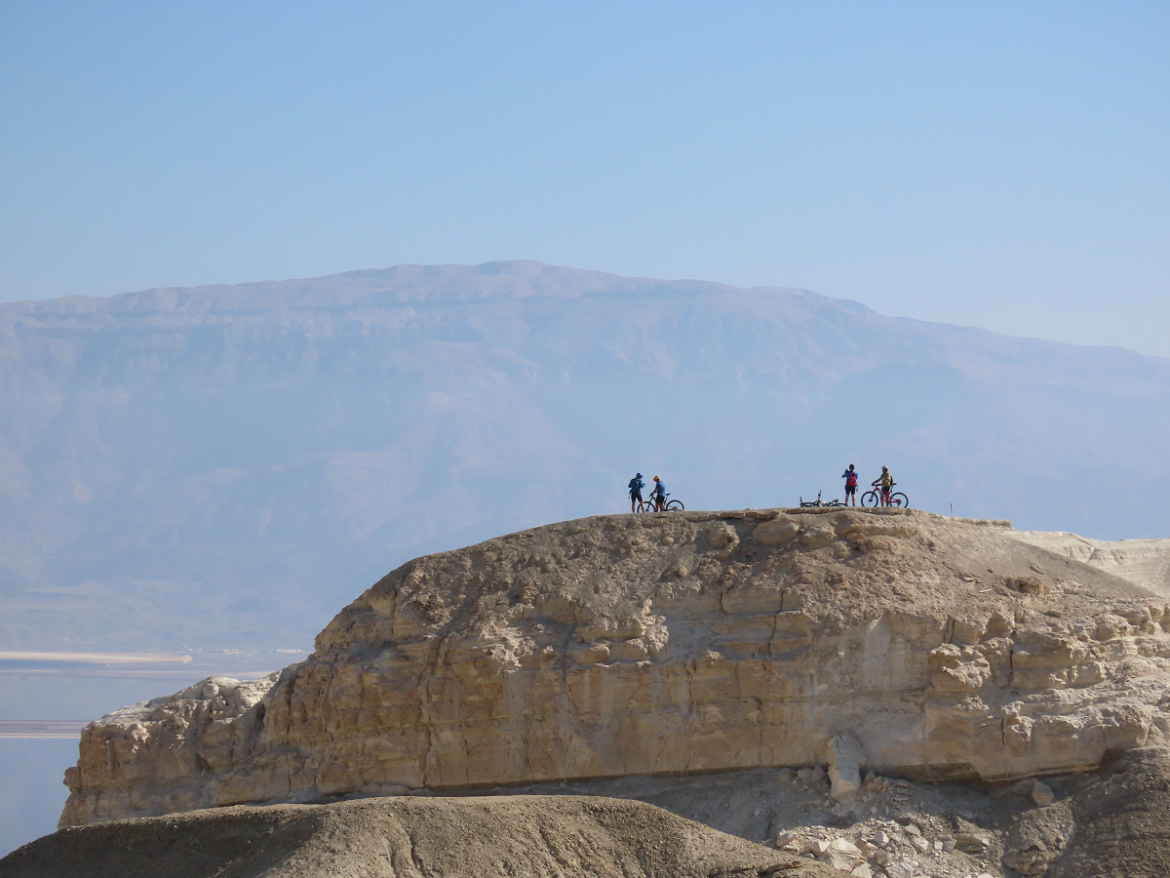 I’ve been to Mount Sodom twice in my life. Once when I was in the tour guide course and the other, when I was traveling with friends in the area. The trail that climbs up and down the mountain is called the Fish Trail. Most people climb DOWN Mount Sodom, leave a pick-up car near “Lot’s Wife,” and return to the car they left at the beginning of the trail. But because we didn’t have a pick-up car at the end of the trail, we climbed up and then climbed down. So, we saw it from all directions.

Doing the Fish Trail from bottom up is challenging. The climb is quite steep and almost completely exposed to the sun – depends on the time of day you’re hiking. On my last visit, we were short on time, so only hiked 2.5 km till the last viewpoint and then returned to the car. Which means, we hiked overall 5 km. Officially, the trail is about 3.2 km long in one direction. It’s a beautiful hike near the Dead Sea, so if you’re in the area, it’s recommended. Just don’t go there when it’s too hot!

A bit about Mount Sodom

Before I begin to talk about the trail, I want to tell a bit about Mount Sodom. All the information is based on what I learned from the geologist Menachem Marcus, who guided us throughout the tour guide course.

Mount Sodom is made of several types of rocks. One of those rocks is cooking salt. At first, the cooking salt is plastic and soft. It rises from the ground due to underground pressure and then turns into solid rock. According to scientific measurements, Mount Sodom continues to rise each year by around 3 millimeters. But it’s also losing height, because many of the rocks that make up the mountain are subject to melting or crumbling. So… it probably won’t get much taller than it is today. Today it rises about 280 meters above the Dead Sea, which means its peak is at around 150 meters below sea level.

It depends in what direction do you want to hike the trail. There’s no public transportation to any of the starting points, so your best bet would be to rent a car and use it.

In this post, I’m going to write about the trail from bottom up. In this case, you will need to park your car in the dirt parking lot next to road number 90, near “Lot’s Wife”. There’s a clear brown signpost at the beginning of the trail, saying “Mt. Sodom.” There’s no security over there, but I haven’t heard of any breaks into cars. Just in case, keep valuables out of sight. It’s about a

If you’re starting the trail from the top of the mountain, you will need to drive towards Mishor Amiaz. If you’re coming from Jerusalem or Tel Aviv, continue past the first sign that says “Mt. Sodom” and turn right onto a dirt route when you reach a second brown sign pointing to “Mt. Sodom” and “Wadi Perazim.” Coming from Eilat, it’s about 2.7 km north of the Dead Sea Factories. Continue on the dirt route, that is marked by a red trail marker, for about 2.5 km. Then, continue straight on a blue-marked route for about 3 km until you reach the trailhead.

If you don’t want to do the trail back and forth, you will need to come with two cars and leave one at the end of the trail.

The hike on Mount Sodom

Duration: About 1.5 hours in each direction, depending on your pace.

Difficulty: Moderate, especially if you’re hiking from bottom up. There are a few places where you need to lift yourself up.

View the trail on Israel Hiking Map: Click here for the trail map.

We parked our car at the lower parking lot (1), near “Lot’s Wife.” “Lot’s Wife” is a pillar of salt, that stands high above the Dead Sea. It’s called “Lot’s Wife” based on a story from the Bible, where Lot and his family escapes the evil city of Sodom before it is destroyed by GOD. They were told not to look back at the evil city while escaping, but Lot’s wife couldn’t resist the temptation, looked behind her, and became a pillar of salt.

After getting out of our car, we followed a group of geology students who seemed to be going to the trail. But it turned out that they were going somewhere else. Then, we saw some extraordinary salt formations, which I never knew existed. I’ll keep it to myself, because it seemed like a preserved place which we accidently found, and it’s better to keep it that way.

So… After a while we found the real head of the trail (2). We had parked out car a bit far from it. You can park your car right next to it. The trail starts right away with a 250-meter-long climb, that isn’t TOO steep but can be challenging for those not used to hiking.

After passing the first 250 meters, the trail starts to “calm down.” It is quite flat, and to the left we could see the beautiful view of the Dead Sea. To be precise, it’s not exactly the Dead Sea. It’s actually artificial salt pools used by the Dead Sea Factories and tourists who stay at the Ein Bokek hotels. The natural southern end of the Dead Sea had dried up during 1966-67. Today, the only natural part is from Kalia Beach at the north to the latitude of Masada in the south. Sorry if I ruined for anyone!

We continued on this rather flat strip for about 540 meters and then started another ascend (3). Near the start of the ascend, there’s a deep pit to the left. In this area, there are tunnels that make their way through the cooking salt to the bottom of the mountain, near “Lot’s Wife.” DO NOT try to go down the tunnels or leave the trail. It is extremely dangerous, and the tunnels can collapse on you. If you want to explore the tunnels and caves, do it only with an authorized guide who understands in cave explorations and rappelling.

We continued up the mountain and passed through the “Fish Ravine.” In the notches in the rock, you can find clay that is a bit solid. If you cut these clay pieces in half, you might find printouts of fish in them. That’s why it’s called the “Fish Ravine.” This place was once part of “Lake Lisan,” an earlier and much less salty version of the Dead Sea. That’s how fish could live in it.

After 660 meters from the start of the second ascend, we reached the Button Viewpoint (4).

Looking at the view from Button Viewpoint:

The Button Viewpoint is the most popular viewpoint along the Fish Trail. I’m not sure it looks like a button, but it is definitely noticeable.

When we arrived at the Button Viewpoint, we saw that a couple of bicyclers were up there, appreciating the view. I was stunned that people were able to get there by bike. They must have been in good shape.

The climb up to Button Viewpoint is short yet steep. Personally, I think it’s more or less the same view as the view you see all along the trail. And there’s no shade up there, so it’s not the ideal place to rest. We were there for a minute or two and then continued on our way to the next viewpoint, which was the endpoint of our trail.

To the last viewpoint:

The view was quite the same as before, but still worth some minutes of appreciation. The artificial salt pools are spread below, and you can see the Moab Mountains straight ahead. That’s already Jordan.

After appreciating the view, we retraced the trail back to our car. If you have time or if you left another car at the other end of the trail, you could continue about 650 meters to the endpoint at Wadi Sodom. It’s an easy descend.

The Fish Trail on Mount Sodom is a beautiful trail, offering stunning views of the artificial Dead Sea pools. Most people hike it from the top to the bottom because it’s easier in this direction. But if you want a challenge, you can climb it from bottom up like we did. My recommendation is to hike it as early as possible, so you won’t suffer from the sun.

More trails near the Dead Sea

From HaMinsara to the Prism Wall in the Ramon Crater