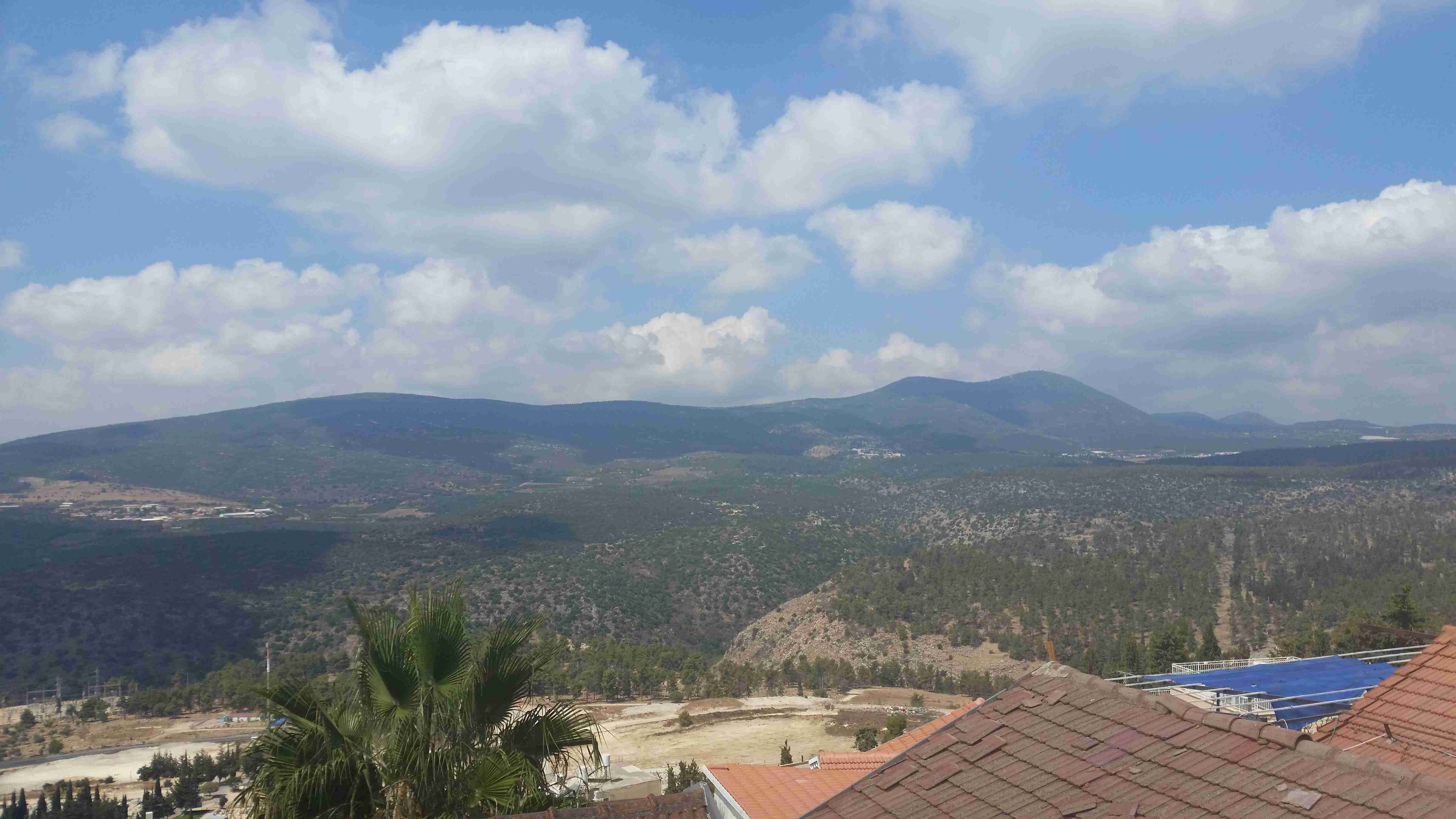 Tzfat is a beautiful town, nestled high up in the mountains of the Upper Galilee. Last week, I decided to take my Grandma on a three-days trip to Tzfat, to breathe some great air and enjoy the calm surroundings. The way to Tzfat, in the Nativ Express bus, was so very beautiful: green surroundings, mountains and the Sea of Galilee in the distance. The hotel in Tzfat was also very beautiful. It’s called “Ruth Rimonim Hotel” and it’s a high-class hotel, built on the location of an old wayside inn, “Khan” in Arabic, right at the entrance of the Old City of Tzfat. I wanted the best for Grandma.

So… the Old City of Tzfat is beautiful, but it’s also very special. I’ve never been in such a city before. Here are five things that I believe make Tzfat special:

1 –  It’s Filled with Music – No matter where we went, we could hear someone playing a musical instrument. A piano, a flute, a guitar… The music made its way out from many windows. On our first night in Tzfat, the hotel organized a public sing-along, with a very talented and joyful guitar player. We sang along some really nice Hebrew songs. On our second night in Tzfat, we went on an evening guided tour of the Old City of Tzfat, with a guide who has been living in Tzfat from his very beginning. We got to a large plaza, where he said that the “Klezmer Festival” (“Musical Instruments Festival) takes place every year. “In Tzfat we say that if you haven’t been to the Klezmer Festival, you’ve never been to a real festival in your life,” our guide said with a smile. Too bad we missed it by a few days… The festival usually takes place during the end of August.

2 – It’s Filled with Art – The alleys of the Old City of Tzfat are covered art galleries. The galleries close early, so don’t expect to find a lot of galleries open after 18:00 in the evening. We also saw some galleries that seemed abandoned, which is a pity. If you like art, you will find plenty of it in Tzfat: paintings, sculptures, jewelry items…  And it’s no wonder. Tzfat is the perfect place for artists. It’s quiet, it’s calm and it’s beautiful. I too am sort of an artist, and every couple of steps I stopped and told my Grandma: “Too bad I didn’t take my drawing pad with me to Tzfat.” If I’ll ever want to write a book, I think I’ll move there, to the Old city of Tzfat. For some inspiration.

3- It’s Very Steep – Before coming to Tzfat, I heard it is steep, but never imagined it was so very steep. I think I’ve never been to a city so steep in Israel. Haifa is steep, but not like this. The Old City is filled with stairs and steep routes. That was the only thing that bothered us on our trip to Tzfat. Grandma isn’t a big fan of stairs. But we managed, one stair at a time.

One of the alleys in Tzfat, not very steep. There are much more steep places!

4 – It’s Very Jewish – It turns out that Tzfat is a very Jewish city. On our way into Tzfat, in the bus, we looked out of the window and saw a lot of very religious Jewish people walking along the streets. We barely saw non-religious people. And how do I know they were very religious without even talking to them? You can tell by their clothes. Very religious Jewish people dress in black and white, long sleeved clothes, and the men usually wear black hats and have a great beard and long side curls. Then, when we strolled through the Old City, we also met some very religious Jews. Many of the salespeople in the galleries were also close to the Jewish religion. They talked about good spirits and about God, and some sold jewelry items connected to the Kabbala. Even in Jerusalem I don’t feel so surrounded by Judaism. But it was nice, I have to admit.

5 – It has a Small Number of Tourists – Well, after three days in Tzfat I was enchanted. Such a beautiful and special town… The only thing I didn’t understand is – why weren’t there a lot of tourists in Tzfat? We strolled through the Old City and barely saw tourists. The alleys were empty. The stores were empty. Maybe it was because we visited in September? Maybe people don’t like visiting in September… When we asked one of the saleswomen why the galleries aren’t open after 18:00, she replied that the salespeople have life and that they won’t keep the galleries open if there’s no demand to open them, “And as you can see, there aren’t a lot of visitors in Tzfat.”

So if you’re coming to Israel, I recommend you pay a short visit to Tzfat. Even if you aren’t Jewish, come and enjoy the quiet, the calmness, the good air, the art, the music, the people of Tzfat… I don’t think you’ll regret it.

*Tzfat may also be written as “Safed”, but I like “Tzfat” better.

Hiking the Israel National Trail: From the Hermits’...

Hiking the Israel National Trail: From Mashad to...

Hiking the Israel National Trail: From the Jordan...

Hiking the Israel National Trail: From Migdal to...

Top FREE Things to Do in Safed

[…] prefer to tour cities, you’ll find much more cities in the North, amongst them Acre, Haifa, Tzfat and Caesarea. If you prefer hiking, you’ll find many hiking areas in the South (though you […]

[…] For more about Tzfat – Five Things that Make Tzfat Special. […]